The History of Surfing in Virginia Beach

In honor of throwback Thursday and the East Coast Surfing Championships coming up next week, let's delve into how Virginia Beach became a surfing destination. 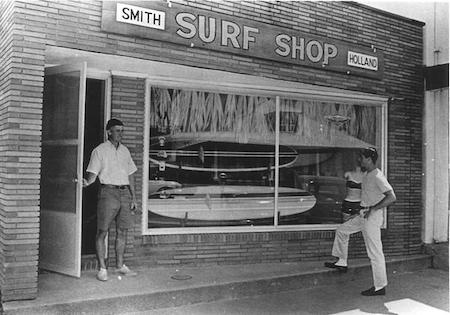 It all started with Pete Smith. In 1962, Smith took part in the first East Coast Surf contest which was held on Gilgo Beach in Long Island. He saw the potential and moved the competition to Virginia Beach in 1963. It was renamed the Virginia Beach Surfing Festival and later the East Coast Surfing Championships (ECSC). ECSC will be celebrating their 56th year on August 19, 2018 when the competition starts. ECSC is one of the world's largest surfing events and attracts nearly 1,000 contestants.

Aside from starting the largest surfing event on the East Coast, Smith opened up Virginia Beach's first surf shop with his good friend Bob Holland in 1963, Smith and Holland Surf Shop. Not much has changed since the 1960s. You can still find Pete in a surf shop. In fact, it's his job. Smith now works at Freedom Surf in Virginia Beach. In his own words, Smith said his job is to "meet, greet, and throw a few cowabungas."